MEETING ABRUZZO YOUTH IN THE WORLD FROM 28 OCTOBER IN CASOLI 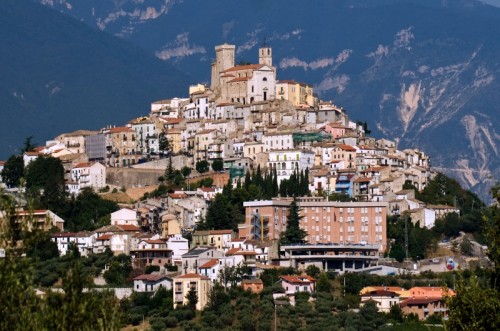 On the occasion of the Open Day "winter" and in conjunction with ordinary meetings of the Regional Council of Abruzzo people in the World - C.R.A.M., the International Meeting of Abruzzo young people in the World will take place in Casoli (in the photo), in the province of Chieti since 28 to 31 October. Participation is open to twenty representatives under 35 of the associations of Abruzzo people in the world. For many of them it will be an opportunity to visit the homeland of his ancestors, to exchange views on the preservation of traditions and on the study of the Italian language, but also to know about the mechanisms and the opportunities of the school and business world of Abruzzo, without forgetting the appointment with the CRAM, which, one very near day, they will inherit the leadership of.

The confederations, federations and associations registered in the regional Regional of Abruzzo people in the World were asked the effort to join together to identify the twenty representatives who will meet in Atessa, in accordance with a principle that takes into account the limits imposed by the budget, but also the weight that each country holds in the emigration panorama of Abruzzo people in the world. In particular, Belgium, Switzerland, Canada, USA, Venezuela, Argentina and Brazil have identified for each one two representatives; Germany, Great Britain and Australia only one nominative; France in agreement with Luxembourg will have the possibility to send a common representative, as well as in Chile in consultation with Uruguay, Paraguay, Bolivia and Cuba which have identified a single common representative, like what Algeria did with South Africa.