COLANZI, CONQUERING BOLIVIA THROUGH THE TRADITIONS OF ABRUZZO 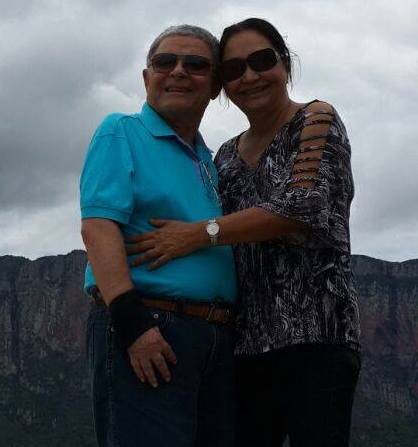 Rocco Colanzi, businessman of Vasto origin, lives in Santa Cruz with his Bolivian wife, five children and ten grandchildren, all with double passport and always happy to return to the land of their ancestors. His Abruzzo roots are always alive and his memory becomes proud when he speaks of his beloved land. An adventure story and of great satisfactions, today Rocco lives happily surrounded by the affection of his loved ones. "My father - explains Rocco - had moved to Bolivia in the early '50s.

The Bolivian embassy had offered 3,000 hectares of land and machinery to make them productive. He and other fourteen people from Abruzzo formed the cooperative San Michele. They travelled from Genoa to stop over in Buenos Aires and then from there they passed by train Quiaca, Oruro and La Paz to get to Santa Cruz. " His trip to Bolivia begins to join his father. He left on December 6, 1954, he arrived at destination on January 5, 1955 finding a very different situation from the imagined one. "I wanted to go to my father in Santa Cruz. In the letters he wrote that Bolivia was a rich country and that he had a job which in a short time would have improved our life. Before making a risky decision (to sell all the properties) my mother (remained in Italy) agreed to send me to Bolivia to see if things were just like my father said. The reality that stood before me, however, was very different. " Italians of Santa Cruz helped Rocco to find a job. "My guardian angel was Alessandro Santangelo - a Neapolitan who had a fabric shop - who hosted me several times at his house. In the festive days he gave me tissues to sell and he enrolled me as a partner in the Italian community. The disappointment for my father’s life led me to emigrate once again and to reach Brazil. To live I became -among other things- photographer and trader of appliances. Finally, I bought a hotel in Manaus, in Amazonia, and with the proceeds of the profits I returned to Bolivia". Rocco hugged his mother again in 1971 and in 1978 he convinced her to visit Bolivia. Meanwhile, in 1970, he had met two Italian wood entrepreneurs who proposed him to found a company. He recounts: "We found a fine wood, the Morado, which a Japanese company was very interested of. We worked for five years with optimal profit." Since then, he went on to be an entrepreneur. Awarded by the Rotary Club of Vasto in 1998, Rocco Colanzi was appointed ambassador of Abruzzo in the World in 2013 and, for the occasion, he has inaugurated a square in Santa Cruz giving it the name of Piazza Italy, thanks to the support of the brothers Rony Pedro Colanzi and Alejandro Colanzi, respectively mayor and prefect of the city. In 2015 he received the prestigious Dean Martin Award. “In 2014 we founded, with one hundred and fifty other fellow countrymen, the first Abruzzo Association of Bolivia. The inauguration took place at the presence of the Italian embassador and of the local honorary Consul, remembering the fifteen Abruzzo pioneers of Santa Cruz who first, in 1954, decided to bet on this little corner of South America.”